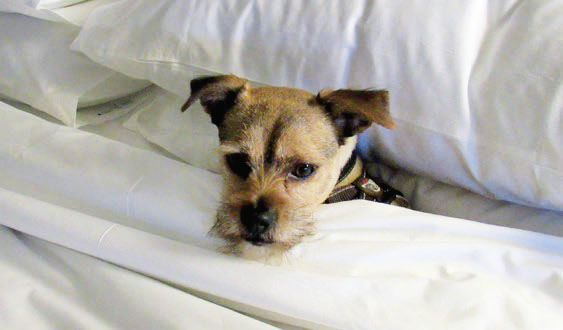 Sir Hyatt, the hotel ambassador in residence at the 580-room Hyatt Regency LAX, the closest hotel to the LAX airport terminals, has the world by the tail—literally! This adorable diplomatic dog was rescued by the security staff in 2017 and has been charming guests from airline pilots to international travelers since he took his post. His is now a familiar face for returning guests who often take the ambassador for a walk around the hotel’s surprisingly spacious landscaped grounds.

Libby Zarrahy, Director of Marketing and Public Relations, has cultivated a mutually respectful rapport with Sir Hyatt from the moment he assumed his official duties. 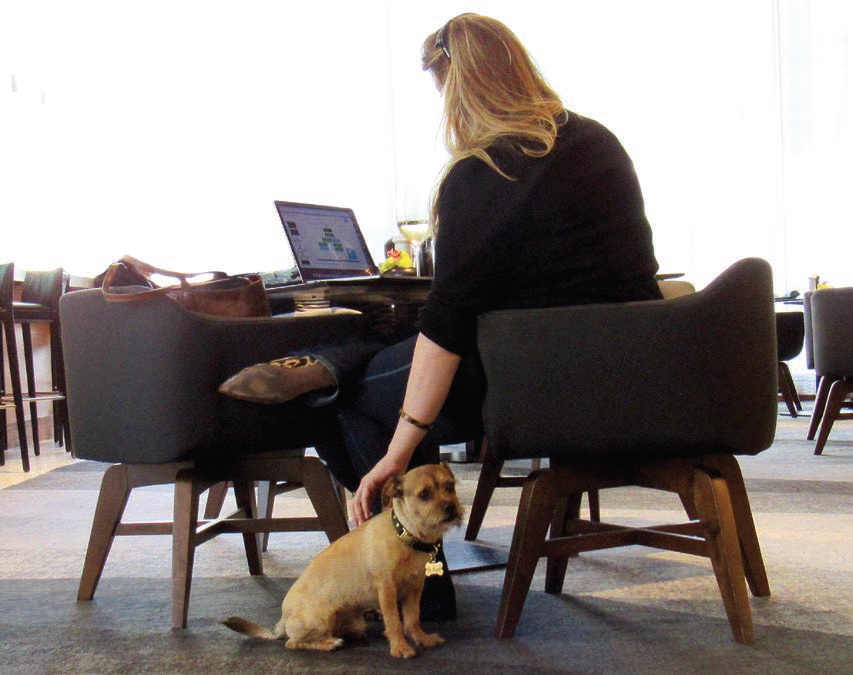 Sir Hyatt’s “embassy” headquarters, so to speak, is officially based in the security department, where he can be reached for his special services, such as having his picture taken (his favorite activity, according to his business card) or perhaps showing you to his favorite hangout spot, the poolside cabanas. He’s also a fan of the French fries served up at unity la™, the hotel’s excellent restaurant with menus that reflect the culinary flavors of LA’s diverse neighborhoods. Think Drunken Noodles from Thai Town, Carne Asada from Boyle Heights, and Fish Tacos from Santa Monica. The unity la™ market, a 24-hour gourmet outpost next to the restaurant, offers great grab-and-go options, bolstered by displays of freshly baked cinnamon muffins and other traditional favorites. But if you have time, definitely indulge in unity la’s full breakfast buffet. 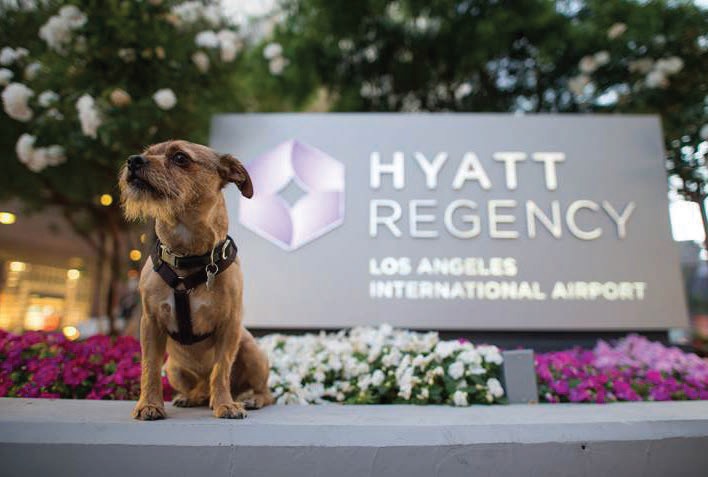 Prior to the opening of Hyatt Regency Los Angeles International Airport (LAX), the hotel was The Concourse Hotel at Los Angeles International Airport, according to the Hyatt web site. The property is a legacy Hyatt, initially opening as a Hyatt Regency Hotel in 1972. Following several brand transitions, in July 2014, the hotel became The Concourse Hotel at Los Angeles Airport, a Hyatt Affiliated Hotel. In 2016, with its transition from The Concourse, the hotel underwent a transformation that can be seen and enjoyed in nearly every area of the property. 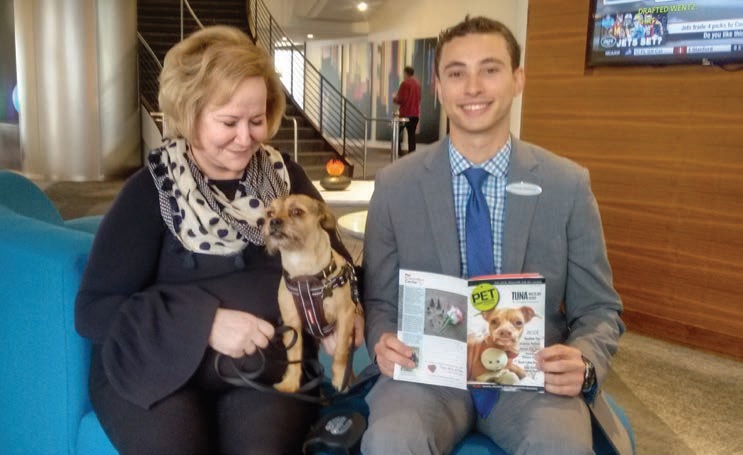 As Sir Hyatt stood by, we were told about the many airline pilots who request Sir Hyatt for walks around the hotel’s property, a heartwarming service that speaks to the high caliber of this hotel and reinforces its status as the best option for lodging near LAX. It’s truly an oasis in Los Angeles’ most convenient location as the closest hotel to the airport terminals and also at the doorstep of the Beach Cities area … an area that is ripe for discovery.

Pam Price has is the co-author of of Fun with the Family in Southern California and The 100 Best Spas of The World. She has been the travel editor of The Malibu Times for thirty years and says she never misses an opportunity to take her two Malteses along on her travels. 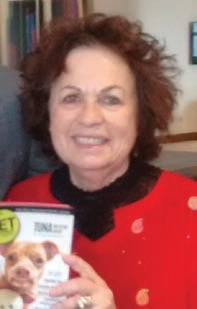 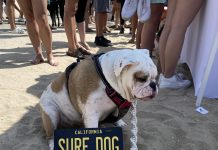 Living a Full Life: Help Your Pet Transition to a Mobility or Other Medical Aid

Training A Dog As A Senior

Tasting Your Way Through LA