The critical shortage of veterinarians, vet technicians, and vet assistants is activating a major crisis in animal emergency healthcare. Panicked pet owners seeking urgent medical aid for Fido and Fluffy are regularly being turned away as veterinary hospitals are critically short staffed to handle the demand.

This crisis has hit the high and low desert regions of Greater Palm Springs with a vengeance.

My name is DeAnn Lubell. I am the president of Amy’s Purpose, a nonprofit dedicated to pet safety and predator awareness. I learned about the shortage the hard way when my 75-pound American bulldog injured her back leg and was in extreme pain. I contacted my local veterinary clinic, a simple five minute drive from my house. The doctor/owner was on overload and could not take my dog. I ended up calling every vet and emergency clinic in the high and low desert to no avail.

Sadly, the answer was always the same: “Sorry, we’re too busy.”

Social media groups provided suggestions to contact animal hospitals outside the desert. We ended up driving almost an hour to the nearest clinic willing to accept our emergency. When all was said and done, I initiated an online poll. I asked, simply, “What the heck is going on?”

The flood gates opened, and I received dozens of horror stories from pet owners who experienced the same challenge of having to drive miles outside of their communities to obtain medical treatment for their dogs and cats. Some of these stories did not have happy endings. Pets died along the route. 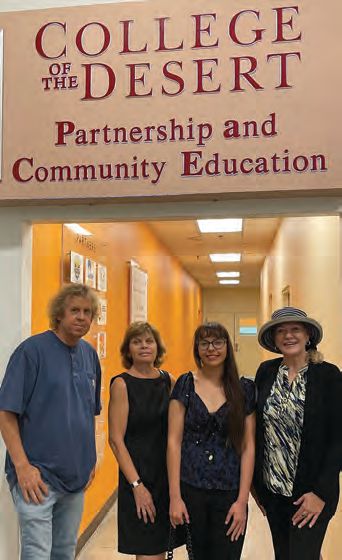 I was determined to get to the bottom of this mystery. After extensive research and interviews with veterinarians, I found answers.

There are three major complications. One, too few veterinary medical vet schools exist in the United States, therefore not enough veterinarians are graduating. Vet medical schools are as expensive and as academically challenging as human medical schools. For every veterinarian in this country, there are 18.5 positions available. Thus, vets can pick and choose to go just about wherever they wish to practice. Second, people were obtaining more pets than usual during the pandemic, which caused an overload of veterinarian healthcare needs on top of what was already an impossible scheduling feat. Third, finding qualified and certified veterinary technicians and veterinary assistants is difficult. Again, there were too few schools to produce enough animal health care workers to go around. Also discouraging is that most technicians and assistants, when certified, make as much as someone flipping hamburgers in a fast-food restaurant. These low wages have hurt the pet-care industry.

How could my little nonprofit help rectify the situation? My first call was to my friend, Michael Phipps-Russell, executive director of the nonprofit, Loving All Animals. He is a walking encyclopedia of information regarding animal welfare, rules, and regulations. We discussed the problem at length. It seems that animal rescue groups were facing the same roadblocks as pet owners. It wasn’t that long ago that it was a breeze to get a veterinarian to see a newly received rescued animal. Now it can take days, if not weeks. It became clear that the best way to help was to offer, through Amy’s Purpose, veterinary assistant scholarships to individuals interested in animal sciences.

That is when the highly respected award-winning journalist Bruce Fessier and the College of the Desert (COD) Personal and Career Education (PaCE) Veterinary Assistant Program came into play.

“I was having my annual lunch with DeAnn, the publicist at the McCallum Theatre,” said Fessier, former entertainment editor of The Desert Sun and now freelance writer. “DeAnn told me about a new charity she had started, called Amy’s Purpose, and I said it sounded like something I could support. I said I knew a veterinary technician who was also a rock star, and I thought I could get him to do a benefit concert for Amy’s Purpose. I called John Garcia, who had toured with Metallica as lead singer of Kyuss and had played Coachella and OzzFest with two other bands. He told me there was a crisis in veterinary care in the desert and said he’d be glad to do a benefit if it would help mitigate that problem and raise money for COD PaCE veterinary assistant scholarships.” 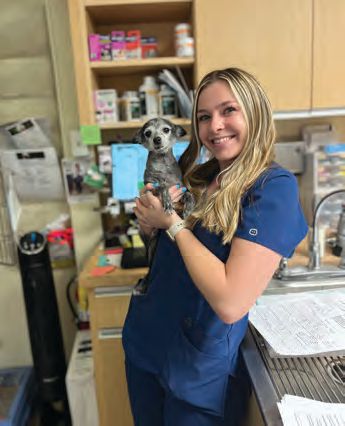 Unfortunately, before Bruce could tell me the good news, his family dog, Gracie, wriggled free while he was walking her and was killed by a hit-and-run driver. Bruce realized that if she hadn’t been killed instantly, it would have been a nightmare trying to find a vet in the midst of this veterinary care crisis. That was when Bruce decided to produce the benefit concert.

“My wife, Jane, and I had produced many big events over the past, so I agreed to produce one for Amy’s Purpose,” said Fessier. “That began a nine-month journey, during which I convinced two bands, a production crew, a caterer, and even my wife to donate their time to produce a benefit at the Palm Springs Art Museum, called Pet Love and Rock & Roll. Our goal was to raise a dozen or more scholarships at $3,200 each for the seven-month course, which includes remote and classroom learning, culminating with hands-on externships at local veterinary clinics and hospitals.”

“ Our goal was to raise a dozen or more scholarships at $3,200 each for the seven-month course, which includes remote and classroom learning, culminating with hands-on externships at local veterinary clinics and hospitals.”

As a result of all the gallant efforts that took place before, during, and after this huge undertaking, a partnership was formed with COD and PaCE, and 18 scholarships were underwritten (including 5 that were matched by the COD Foundation), and enough net proceeds were raised to help Amy’s Purpose sustain its pet safety programs.

For more information about Amy’s Purpose and the COD PaCE Veterinary Assistance Program, go to amyspurpose.net or call 760-831-3090.