Chasing is inherently reinforcing for many dogs— it releases a burst of feel-good chemicals that are difficult to resist.

Is your dog a chaser? The urge to chase turns some dogs into frenzied running machines who are difficult to stop. Their brains seem to leave their bodies as they launch themselves after tennis balls, cyclists, cats, or every dog on the horizon. Chase behavior can be embarrassing and obsessive, as well as dangerous. Some breeds may be more prone to chase-related issues, such as sighthounds bred to chase and catch prey or herding dogs bred to control movement.

Chasing is inherently reinforcing for many dogs—it releases a burst of feel-good chemicals that are difficult to resist. This is why dogs may chase even when exhausted or in pain, and why your border collie only has eyes for the ball and won’t engage in anything else in the environment. This lack of control isn’t your dog being deliberately naughty—they are acting on instinct, performing a behavior sequence completely natural to them.

If you feel your dog’s chase behavior has become an issue, the first step is to prevent them from practicing this addictive behavior. The more often they chase, the harder it is to break the cycle. This may mean your dog is spending more time on lead and avoiding places full of chase triggers. If your dog is fixated on chasing cars, for example, seek out quieter roads or different times of day while you work on things. Once your dog’s brain and body have had a chance to disengage from frequent chasing, you can begin reinforcing the behaviors you want to see instead—like focusing on you. The key is to do this slowly so you and your dog are successful every step of the way. Reducing chase behavior is possible. To enjoy a calmer dog and more relaxing walks faster, engage a force-free trainer to help.

Previous articleBone Tumors are No Treat for Dogs
Next articleDegenerative Myelopathy 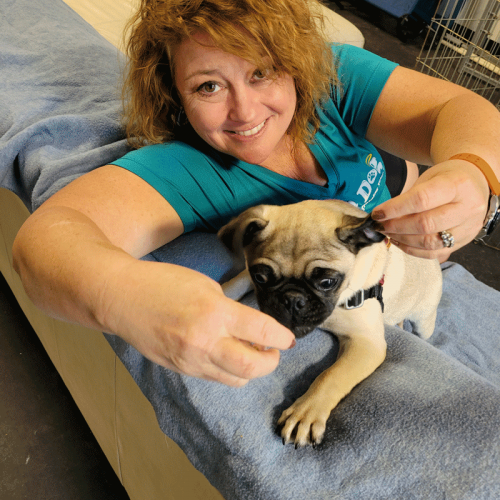 Sure Petcare’s ANIMO Provides a Greater Understanding of Your Dog’s Behavior...