Home Products Book Reviews The Animals Among Us 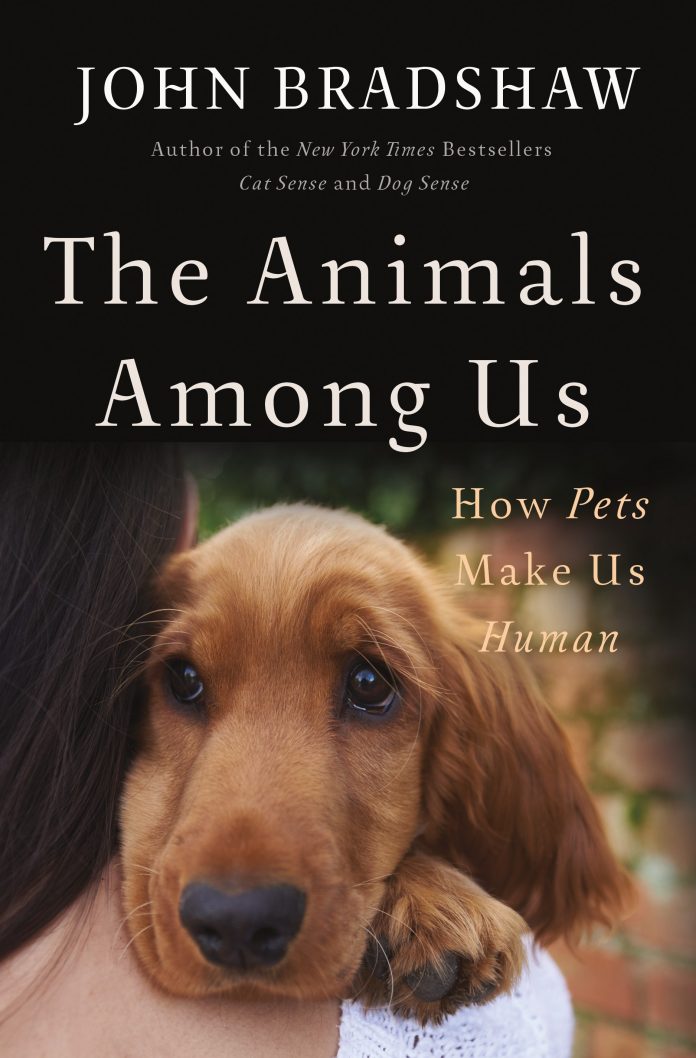 The sofa is covered with fur.

It’s a constant battle to keep it clean, and you always lose that fight. Same with toys on the floor, kibble found everywhere but the bowl, and you don’t care. You love a dog or cat, which is better than a furless sofa any day and in “The Animals Among Us” by John Bradshaw, you’ll learn why.

Twelve thousand years ago, a man died. So did his dog, and the two were buried together. Scientists know that because they found the unfortunate pair in a long-buried grave, but the point is that humans have given significance to animals for at least 12,000 years. Still, “a mere” two hundred years ago, pets were only a thing for the very rich. Even fifty years ago, an animal was oftentimes just an animal. So how did we go from that, to the deep love we have for Fluffy and Fido now?

In order to know, we go back to that 12,000-year-old grave: keeping pets has its roots in ancient societies. Yes, animals had jobs then (as now), but having them as companions, says Bradshaw, is “one way of expressing what it means to be human.”

And yet, just because you love your pet doesn’t mean she loves you back, and we can’t “assume that a dog found buried intact was a pet.”  We have to remember that “Science has struggled” with the idea that pet ownership leads to better health. It’s iffy that having pets staves off loneliness for humans, in general; for sure, pets are expensive and risky. And “more than a third of cat and dog owners” say they dislike “at least one… of their pet’s behavior” problems.

So why keep them, then?

We love their cuteness, Bradshaw says. They “make us happy,” they make us laugh, they’re calming and soft. They make us feel wanted and loved and they show others that we can be trusted. And, he says, they’ve altered our brains…

The first thing you may be thinking is “So what?” and that’s a valid question. “The Animals Among Us” isn’t going to change anyone’s mind.

While author John Bradshaw offers a good amount of fascinating information in his quest to explain how “Pets Make Us Human,” he doesn’t seem to tell pet owners a lot that hasn’t already been said. Instead, though he says he takes “joy” in having pets, his mien feels more negative than not as he lays out contrary study after conflicting research to show that pets don’t make us healthier, that they’re not at all like people, and that we anthropomorphize too much.

That’s enough to ruffle a lot of feathers. And fur.

This book contains a few pet-bright moments tucked here and there, things that seem pet-positive and sunnier, but they’re overwhelmed by gloom and disapproval. If you’re one of the “lots of people,” therefore, who “feel no attachment” to animals, you’ll find validation inside “The Animals Among Us.”

If you love your pet, though, this book could in-fur-iate you.