Is Your Backyard Safe for Your Dog or Cat?

Lately, all of us are spending much more time at home, and social distancing has become a new normal, even for our dogs. For them, the yard is as much a part of their world as the house, now more than ever. So perhaps this is a good time to take a second look at what your dog might be getting into on those increasingly regular forays into your yard. Should you be worried? What’s out there? Here is some food for thought.

Anyone who wants to use their backyard as an activity area should know what plants are growing there. Many of the ornamental plants we use are exotic, so knowing the native vegetation is not enough. Fortunately, there are only a couple of species in our area that are dangerously poisonous— sago palm and oleander. I’m not suggesting you should rip them out of the ground if you have them, only that you should know they are there, and determine whether your pet is likely to chew on them. For each of these species, all parts of the plant are problematic. There are many other ornamental plants grown in our area that have the potential for mild toxic effects (usually gastrointestinal) if they are ingested, but they are not likely to be life-threatening.

Eating grass is so common that many behaviorists consider it a normal activity for dogs. As you might guess, the amount consumed determines whether it presents a problem or not. I have known a few cases where dogs accumulated so much compacted grass in their stomachs or intestines that they required surgery to remove it, but it’s pretty rare. Usually, they just throw it up if they eat too much. There’s a long-standing debate, in fact, if dogs eat grass to intentionally make themselves throw up when they have an upset stomach. While it’s true that some dogs will respond to nausea by eating just about anything, I tend to believe that the intent is lacking, and that dogs eat grass just because they want to, and it sometimes makes them vomit. Fortunately, it’s usually harmless.

Once we get passed the “ick” response to seeing our dogs eat poop, the first question for most people is “Why”? Experts cite several possible reasons: boredom, hunger, aroma, anxiety, seeing other dogs do it, etc. Whatever the reason, it’s usually not a big health concern. To understand the exceptions to this general principle, however, it’s important to know the source of the feces. If it comes from a different species, like a bird, lizard, rodent, or rabbit, the worst outcome is likely to be diarrhea if they eat a lot of it, probably because of different bacterial flora these species carry in their intestines.

If the feces comes from another dog, the risk depends mainly on the health of the dog who produced it. Intestinal parasites are the main concern, but parvovirus is also transmitted through the digestive tract, which is of particular concern to puppies or unvaccinated adult dogs. For dogs who eat their own stool, the risk is minimal: they’re just re-inoculating themselves with something they already have. This is only a concern when you’re treating a dog for a parasite (like Giardia) and they keep reinfecting themselves with the bug you’re trying to get rid of. 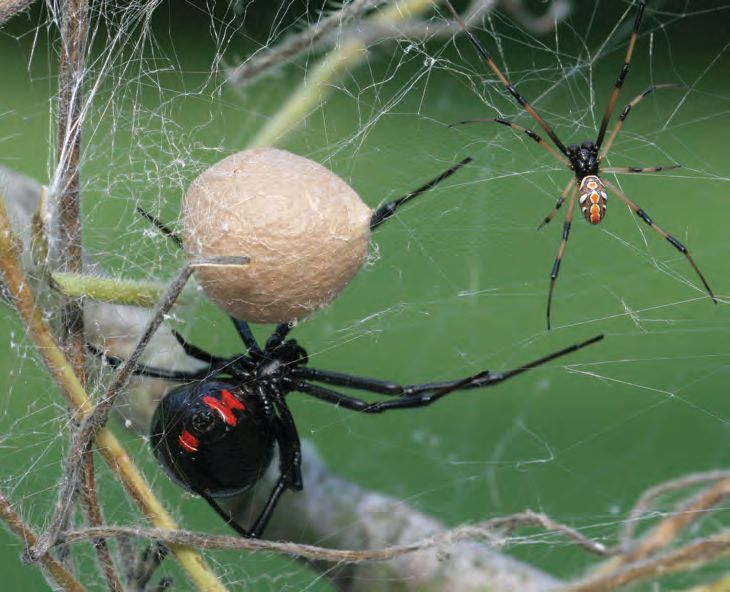 In this category, most questions seem to center on crickets, roaches, and beetles, which although capable of transmitting stomach worms, are generally not a big problem. Bees, on the other hand, are a different matter. Bee stings frequently occur in the mouth when dogs find them on the ground and apparently try to eat them. It seems to happen most often in the morning. Most of the victims will have some degree of allergic reaction and treatment is generally recommended. The actual risk is influenced by how severely an individual dog reacts, and to some extent, on the size of the dog.

Patient size may be a bigger factor with scorpion stings and black widow spider bites, since the amount of venom injected, relative to body mass can affect the degree of risk. Fortunately, scorpion stings are unlikely to result in more than pain and swelling. On the other hand, even though black widows are so reclusive that dogs rarely encounter them, they can cause significant illness, and owners of cats should be aware that black widow venom is especially toxic to them. Black widow webs are unusually dense, triangular and close to the ground. A careful observer with a flashlight can often spot the spiders on their webs at night. As a general rule, both dog and cat owners should be aware of black widows around the house or yard and take measures to control them. 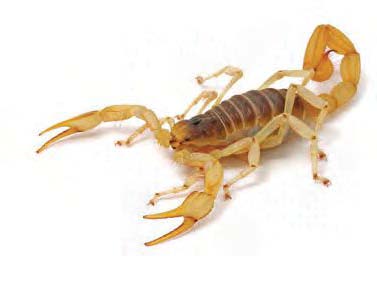 Even though our dry climate doesn’t foster the growth of a lot of mushrooms, we still have them. They usually appear in the early morning after rain, especially on turf or other areas with sod or mulch. On the up side, according to the North American Mycological Association, 99% of mushrooms are nontoxic. On the down side, some of the remaining 1% are really nasty. Even more unfortunately, it can be hard, sometimes even for experts, to tell them apart.

Imagine a scenario where you call your veterinarian or a poison control hotline and tell them your dog ate mushrooms. Chances are good they will want you to induce vomiting (see sidebar “Using Peroxide to Induce Vomitting in Dogs”). and start supportive care, usually in the hospital. Everyone will want to know what kind of mushrooms they are, but it’s unlikely you will be able to identify them by species once they have been in your dog’s stomach and vomited up. Certainly, getting them out of the stomach is the single best thing you can do, but at some point, when you’re trying to decide how far to go with treatment, you may need to address how comfortable you are with the odds. Admittedly, they will be in your favor, but to avoid this uncomfortable, maybe even dangerous, situation, just do your best to keep your dog from eating mushrooms. This is another case where you just have to understand what grows in your yard, and if it grows mushrooms, be sure to check before letting your dog out in the morning, especially after rain.

While it may seem funny to think of toads harming our pets, it’s worth noting that most toads secrete some form of poison in their skin, especially their parotid glands (swellings on the back of the head). Some toads are actually quite dangerous (see sidebar The Curious Colorado River Toad). Fortunately, the ones you might encounter in the Coachella Valley are only mildly toxic, but if your dog picks one up in his mouth he might salivate heavily, paw at his mouth, and look generally miserable. If contact occurs, the best approach is to rinse the mouth thoroughly with water. Prevention is always preferred, and it helps to remember that toads are primarily active at night in the late spring or summer after rainfall.

At times, it must seem that no place exists that offers our dogs a haven where they can exercise safely without constant vigilance. But although some oversight is essential, the effort is minimal when combined with a little common sense. The common theme in avoiding all these potential items on the backyard smorgasbord is simply understanding what’s out there (plants, feces, bugs) and what might be there under the right conditions (mushrooms, toads). It’s a small price to pay for an extra bit of nature to enrich our dogs’ lives, as well as our own.

Can you identify these plants?

There are only a couple of species in our area that are dangerously poisonous—sago palm and oleander.

SAGO PALMS are slow growing with a short, cylindrical trunk with whorled stumps of removed leaf bases. Leaves are 2 to 3 feet long dark green glabrous feathery fronds that are rigid and feel like plastic. Fronds are composed of many stiff, narrow linear-paired leaflets with sharply pointed ends, arising from a short-sheathed stalk. Bark is scaly, cinnamon-red to dark brown. The male plant forms a yellowish conelike growth in the center of the tree. A female plant develops rosettes covered with thick down, maturing into a cylindrical dark cone. Seeds are dark red or orange.

OLEANDERS have narrow, long, dark green leaves that are normally 4 to 6 inches long and less than 1 inch wide. The showy flowers are either single or double and range from white through yellow, peach, salmon and pink to deep burgundy red. They flower from summer to fall.

Using Peroxide to Induce Vomiting in Dogs (Not Cats!*)

3% hydrogen peroxide, preferably fresh. It should fizz if poured in a sink.

Allow the pet to walk around for 15 minutes. If no vomiting occurs, repeat the dose once.

Before giving, feed bread (one slice per 20 pounds—without raisins) or a similar amount of canned food.

Can be mixed with 1/3 volume of milk, or poured over a thin layer of peanut butter (without xylitol).

*Inducing vomiting in cats requires an injection that must be administered by a veterinarian.

The Colorado River Toad (Incilius alvarius), also called the Sonoran Desert Toad, is the second largest toad in North America, attaining a length of more than 7 inches. Historically native to Imperial County and eastern Riverside County, it is now extremely rare in California and is found mainly in Arizona and northern Mexico. Its notoriety comes from the toxin it produces, which if ingested, can be very dangerous to both dogs and people. Colorado River Toads gave birth to the urban legend of “toad-licking” as a means to get high. Licking the toads, however, is both unsafe and ineffective. The desired hallucinatory effect is obtained by smoking the dried toxin after it has been “milked” from the toad’s parotid glands, and the activity apparently remains popular among a limited number of people. Because they are endangered in California, possession of Colorado River Toads is illegal in the state, and because of the psychoactive nature of their toxin, the U.S. government prohibits transportation of the toads across state lines.

Previous articleThe Bond Between K9 Officers and Their Dogs
Next articleHave You Experienced the Pet Effect?