Home Health Can My Dog Get MRSA?

MRSA has been in the news a lot in the past several years, and pet owner sometimes ask if their animals can catch it or carry it.  The answer, unfortunately, is… “Sort of.”

MRSA stands for Methicillin-Resistant Staphylococcus Aureus.  S. aureus is the most common bacteria that people (and pets) carry on our skin.  Most of the time, it lives there in happy oblivion, causing no trouble at all.  But given the opportunity to move into a wound and grow, it takes quick advantage.  If you’ve ever scratched at, say, a mosquito bite until it became infected, that’s S. aureus behaving normally.  The condition is called “Pyoderma” – ‘pyo’ for ‘pus/ infection’ ‘derma’ for ‘skin.’  A normal immune system will make quick work of it, typically resolving minor skin infections in a few days without medication or treatment.  But as we all know, if you keep even a minor wound clean and protected, it will heal faster than if you leave it open and exposed.

For people who have compromised or depressed immune systems – whether because of medication, organ transplants, spleen removal, or illness – Staph can be life-threatening.  It doesn’t just stop at infecting the top layer of the skin; it can burrow deeper and infect other tissues as well.  For this reason, as soon as antibiotics first became available in the 1940’s, Staph was considered a minor problem easily killed off with Penicillin.  Unfortunately, these miracle drugs were prescribed for all kinds of things, including many situations where bacteria were unlikely to be involved at all.  Over time they have been incorporated into animal foods, where they improve meat production by protecting livestock such as cattle, pigs and chickens from low level infections that slow their growth.

Antibiotics work by interfering with the relatively simple metabolism or life processes of bacteria.  Some cause the outer lining of bacterial cells to break up, others get inside and prevent the bacteria from making new copies of itself, and still others stop the bacteria from accessing or utilizing fuel it needs to grow and multiply.  The more we learn about how bacteria work, the more ways we have to interfere with them.

Meanwhile, however, bacteria weren’t taking this new development lying down!  Because they are very primitive, simple organisms with only one cell, their DNA changes all the time.  This process is called mutation.  As bacteria mutated over the years, some developed genes that made them able to bypass whichever process the various antibiotics used to kill them.  So antibiotics would then kill only the “unmutated” bacteria, leaving the resistant ones behind to continue causing trouble.  Not only that, but bacteria actually pass snippets of DNA back and forth, so if one bug becomes resistant, it can “teach” others how to avoid the drugs as well.  Because different antibiotics work through different means, sometimes one would stop working but another would still be effective.  This led doctors to hold back certain newer drugs, trying not to prescribe them unless other options had proved not to work.

MRSA refers to S. aureus that has become resistant to what at one time was considered a “last resort” antibiotic.  (Methicillin actually isn’t used anymore, but a cousin, Oxacillin, is used to screen for resistance.)  Unfortunately – but not really surprisingly – the most common place for resistant bacteria to proliferate is where antibiotics are most used and sick people are readily available to be infected – namely, hospitals.  A recent study showed that about 3% of humans carry MRSA at any given time.  But it’s important to realize that while you may have millions of S. aureus organisms on your skin, only a small percentage of them might be MRSA.  So the more time that passes without taking antibiotics, the smaller the MRSA population relative to other bacteria on our skin.

As I implied, the answer is “sort of.”  In fact, S. aureus doesn’t really like living on dogs.  Most of the bacteria on dog skin are a cousin called Staph pseudointermedius.  We’ll abbreviate that as S. ps.  Conversely, S. ps doesn’t do real well on human skin.  So while they may move back and forth a little bit, the two mostly stay on their preferred species.  But when they do come into contact with each other, they can easily trade snippets of DNA back and forth – including genes for resistance to antibiotics.

So while dogs don’t get MRSA per se, they occasionally can be infected with their own version, which is abbreviated MRSP – which of course stands for Methicillin-Resistant Staphylococcus Pseudointermedius.

Which dogs are at risk?

Tests show that dogs with allergies have significantly more staph on their skin than dogs with no allergy symptoms, and are much more likely to suffer from pyoderma as a result.  In addition, dogs suffering a compromised immune system, severe stress, or recently having surgery, may also be at risk.   What all these cases have in common is that the body’s immune system is not able to combat the bacteria and as a result, relatively minor breaks in the skin become infected, and the infection may become severe or chronic.  In fact, Staph infections are so common in dogs with active allergies that we tend to think of them as almost interchangeable.  This is why allergic dogs and cats are so often put on antibiotics.  But antibiotics are only one small part of the fight.

For reasons that are only partly understood, allergies are on the rise in dogs, cats, humans, and other species.  This is undoubtedly related to changes in our lifestyles and exposure to artificial compounds in all aspects of life – the air, food, bedding, furniture, etc.  Ironically, recent studies show that our modern obsession with cleanliness may actually have made things worse!  Nevertheless, bathing and topical cleansers are an important part of both prevention and treatment of Staph infections in dogs.

Treating dogs with pyoderma involves a number of factors.  It’s very important to follow your veterinarian’s recommendations, including finishing antibiotic prescriptions and scheduling follow up visits if indicated.

Pyoderma may be mild, moderate or severe, and may be acute/short-lived or chronic, self-limiting or stubborn and hard to treat.  Unfortunately, it’s not always possible to tell just by looking, so sometimes first-line treatments don’t work.   In addition, be sure to mention to the vet if someone living in the home or in frequent contact with the pet (including other pets) may be at increased risk of serious infection, or has been diagnosed with MRSA themselves.  The approach to treating an affected pet may be different in these cases!  In most cases, Staph is diagnosed just by its appearance, or by cytology (microscopic appearance).  But in chronic cases, or if MRSA is known to exist in the home, laboratory culture may be indicated.

Unsurprisingly, oral antibiotics are a mainstay of treatment for pyoderma.  Veterinary dermatologists often recommend treating for several weeks, or until an entire new layer of skin has grown.

Systemic anti-inflammatories have long been used and recommended to reduce the itching and inflammation associated with pyoderma.  Ironically, corticosteroids, which are known to decreased the body’s natural immune response, are very commonly used.  They are inexpensive and readily available, and tend to suppress the allergic symptoms that often lead to pyoderma.  However, the potential side effects can be troublesome, so newer medications are considered safer and better for long-term/ chronic conditions.

Strict flea elimination is essential.  While we’re fortunate not to have severe flea problems here in the Coachella Valley, pets that travel can bring fleas home from other regions, and then share their fleas with other pets they meet!  Because we don’t see them very often, they are easy to overlook.

Because Staph can live for up to six months on many surfaces, it’s important to clean the environment as well.  This includes thorough washing of pet bedding; if a pet has had recurring infections, consider discarding old bedding and replacing it with fresh.

Topical therapy is an obvious, but often underutilized, approach to treating skin conditions.  Shampoos containing antimicrobials such as chlorhexidine are readily available through veterinarians and other sources.  Leave-on conditioners containing colloidal oatmeal, antihistamines, and even cortisone provide relief that can last days.  And more recently, a number of products have been introduced that contain ceramides, which actively help restore the skin’s natural lipid barrier and reduce the ability of Staph and other bacteria to cause infection.  Contact time with these products is of paramount importance, however – there are important strategies in something as apparently simple as giving your dog a bath!

To work best, at least initially, shampoos need to be used at least twice weekly.  In between baths – or sometimes instead – we offer sprays, no-rinse mousse products, foot soaks, and even wipes (great for feet and skin folds).  Be sure to tell your vet if you just can’t possibly bathe your dog as often as needed!

Staph immunotherapy is an area where much research is and has been focused.  Current therapies show inconsistent results but may hold promise for some dogs.  New therapies are expected within the next year or two, so check with your vet for new products as time goes by!

Long-term allergy therapy is essential for prevention of future infections.  Allergy testing (blood or skin tests), followed by desensitizing antigens (injections or sublingual/ oral administration) have shown excellent results in some patients but seem ineffective in many cases.  A newer medication called Apoquel is a first-in-its-class medication that works on a molecular level to reduce itching and other symptoms of allergies in dogs, substantially reducing secondary skin (and ear) infections in many dogs.

Diets that are developed to either prevent exposure to food allergens, or to directly treat the symptoms are widely available.  While some over-the-counter options exist, and the development of hydrolyzed protein-based diets (available through your veterinarian) have made successful management of food allergies more practical , many veterinary dermatologists still start out by having the owner of an allergic dog cook a very limited-ingredient diet at home.

A future article will go into greater detail about allergies in pets. 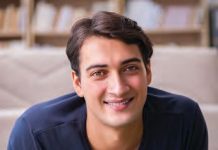 Best Friends Are the Best Medicine 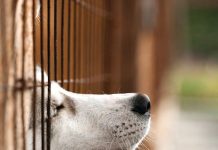 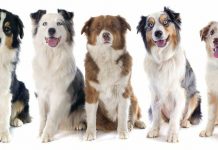 Dogs of Many Colors

What is the Difference Between Marijuana and Hemp?