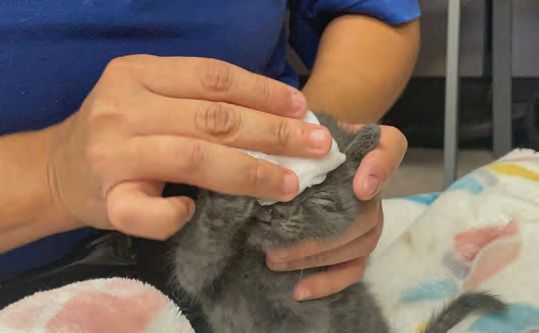 The Animal Samaritans team quickly provided Diana with an urgent care appointment for all four kittens to be seen by Dr. Catherine Gilabert the next day. It was a sleepless night for Diana. The kittens were congested and couldn’t breathe from their noses. Two kittens had their eyes sealed shut by an oozing infection, while the other two had crusty eyes and eye ulcers. Diana applied warm compresses to all four kittens’ eyes during every feeding, taking a full hour to treat, feed, and stimulate to help release (potty) all four kittens. 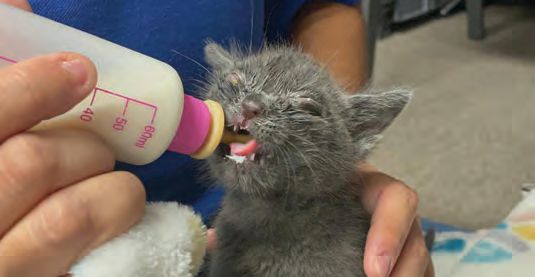 An hour later, Diana did it all over again. The kittens were set up in the warmest room, her bathroom, with a vaporizer filled with only water. All four kittens survived the night and were examined by Dr. Gilabert, who treated them with subcutaneous fluids, antibiotic medicine, and eyedrops. Sadly, the smallest kitten passed away three days later. But the fight wasn’t over. Diana, with the help of foster parent volunteer Rita Seigle, continued applying the warm compresses and following Dr. Gilabert’s instructions.

A week later, two kittens now called Teddy and Bear were no longer congested, and their eye ulcers were gone. While Teddy and Bear grew bigger and started eating on their own, the third kitten, Gray, showed little improvement. At this point, Dr. Gilabert referred Gray to ophthalmologist Dr. Pamela Ko. Dr. Ko confirmed that Gray’s inner eyelids were “glued” to his eyeballs as a result of the infection, with one eye looking worse than the other. She advised that he continue medication with a new treatment. 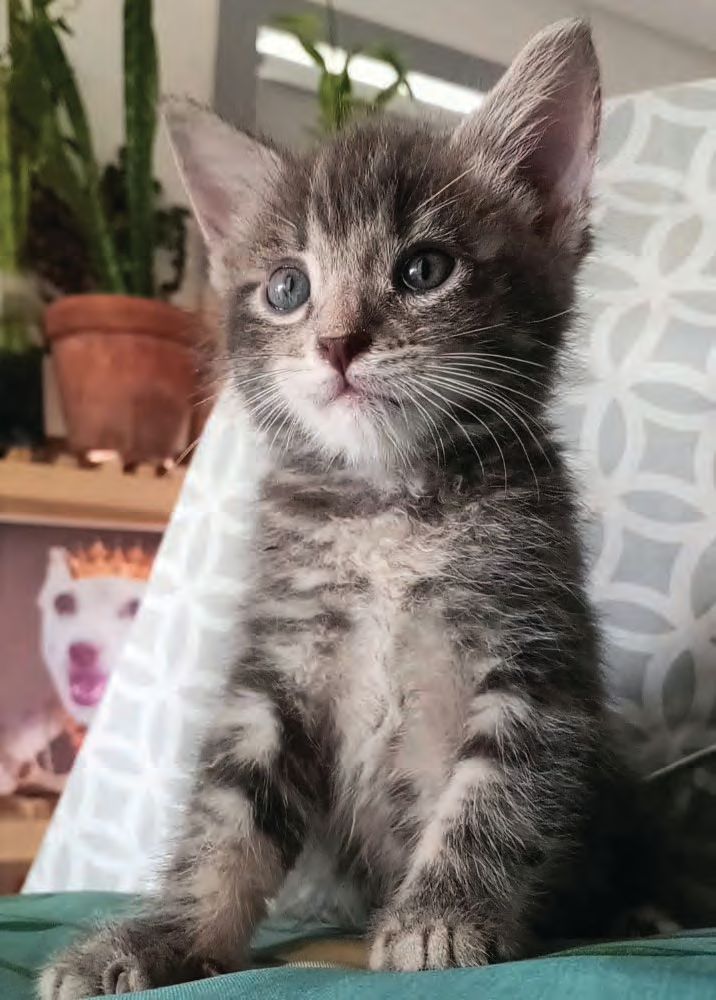 Three weeks later, Gray was seen by Dr. Ko for his recheck on October 21st. Although Gray no longer sounded congested, was eating on his own, and played like a healthy kitten, he still had an upper respiratory infection. Gray continued his treatment and will be checked again at his next appointment with Dr. Ko in December 2022. Hopes are high that the infection will clear up. If his inner eyelids are still “glued” to his eyes, Gray will need to undergo surgery to get his inner eyelids trimmed. The procedure should help him see better from his healthier eye and will hopefully allow him to see from the other eye.

Bear was adopted during a Petco Kitten Adoption Event on October 23rd in Palm Springs. Teddy is available for adoption at the Animal Samaritans no-kill animal shelter at 72307 Ramon Road in Thousand Palms, (760) 601-3918.

To support the life-saving care of Gray and other cats and kittens, please donate to the Animal Samaritans Feline Fund at animalsamaritans.org/donate.