As the result of a month-long investigation by People for the Ethical Treatment of Animals (PETA), evidence showed that beagles who were bred for laboratory testing at Envigo Laboratories in Virginia were suffering profusely and that the lab was violating animal welfare laws and guidelines. PETA shared this evidence with state and federal officials, prompting inspections and confirmation of their findings. (1)

In May 2022, the U.S. Department of Justice filed a lawsuit (2) against Envigo Laboratories alledging Animal Welfare Act violations at the facility. Repeated federal inspections resulted in dozens of violations, including findings that some dogs had been “euthanized” without first receiving anesthesia, that dogs had received inadequate veterinary care and insufficient food, and that they were l were living in unsanitary conditions.(3)

HSUS is no stranger to large rescue operations, and swiftly called for action and it assistance from their rescue partners located across the nation, including the San Diego Humane Society and Helen Woodward Animal Center, both located in Southern California.

A full list of rescue partners involved in this rescue mission can be found here: humanesociety.org/4000beagles.

The San Diego Humane Society was prepared to take in 108 beagles from the rescue mission and used their center near the airport to welcome the beagles coming into their care. Volunteers, including veterinarians, were standing by, ready to accept them. Each beagle arriving at SDHS received immediate medical attention, including vital stats at intake, vaccinations, triage and/ or treatment for any wounds, injuries, or serious ailments present. They all received food and water and were placed into clean, spacious kennels or crates that included soft beds, toys, and, most importantly, kind humans standing by to keep them company, play, and give affection if the dog was willing to accept it.

SDHS President and CEO Dr. Gary Weitzman, DVM, MPH, CAWA, said their goal upon arrival was to move swiftly and with the utmost care, keeping in mind the trauma the dogs had been through. “We did not want the dogs to spend another night in kennels. We wanted them to begin their new life in a warm, loving, safe home environment and, thanks to our amazing fosters, we were able to do that for all the beagles that came into our care that day.”

From the triage location, each beagle went into a foster home via SDHS volunteer fosters. There were to be no more nights in a kennel for these dogs. They were on their way home.

While all the beagles who were rescued by SDHS have been successfully adopted, Dr. Weitzman hopes the public interest around the story will inspire people to visit the shelter and consider adopting. “Adopting from the shelter is an incredible way to give back, and we have so many loving animals who are just waiting for their chance to be part of a family.”

Helen Woodward Animal Center (HWAC) welcomed 43 beagles in their care from the Envigo rescue and, knowing that the dogs were experiencing their first weeks of life outside of confinement, staff at HWAC prepared to give extra sensitive care to each of them. (5)

Center Adoption Services Director Hella Tyler said, “We are grateful to have such an extraordinary group of foster families that can help us save these lives. These puppies really need love and human kindness to show them all the wonderful things a normal puppy’s life should provide. We couldn’t be more thrilled to assist with this rescue.”

After receiving thorough medical exams, vaccination updates, dental checkups, microchips, and spay/neuter surgeries, adoption appointments were scheduled in advance so as to not overwhelm the healing hounds. The first took place in the Center’s play yard between a beagle named Leicester and adopter Gayle Fisher.

Leicester was curious and perky in the play yard and welcomed pets and affection from her new mom. It was there that Gayle decided to call her Priya, which means “dear beloved.”

“I just really want her to feel loved and safe,” Gayle said. “I want her to not be in fear anymore.”

Another rescued beagle, 5-year-old Howl Pacino experienced a true Hollywood welcome when he stepped out at the Daytime Beauty Awards as an official Corres-PAWn-dent. During the event, which benefited Helen Woodward Animal Center, Howl Pacino mingled with celebrities and shined a light on the importance of pet rescue and rescue missions like this one. (6)

The last beagle of the thousands spared from testing arrived at the HSUS on September 2, 2022. The vast majority of the 4,000 beagles have found homes. But there are many other dogs available at your local shelter looking for a home.

Rags to Riches for Mamma Mia

Los Angeles based nonprofit Beagle Freedom Project (BFP), founded by Shannon Keith, is the world’s leading organization for rescuing and rehoming animals used in experimental research. Since 2010, BFP has liberated thousands of animals while working to end their abuse through education, advocacy, and legislation. BFP welcomed 25 of the Envigo beagles to their organization, including one named Mamma Mia and her puppies.

When 7-year-old Mamma Mia and her litter of 8 puppies arrived at BFP, her paws touched the grass for the first time. She was able to stretch, sniff new smells, discover toys, and nurse her babies in the fresh air. Shortly after BFP welcomed Mamma Mia and the other rescues, founder Shannon Keith received a call on her cell. It was Megan Markle and Prince Harry, they wanted to help, and they wanted to meet Mia.

A few days later, the Sussex’s arrived at Shannon’s home with no fanfare, no paparazzi, no big announcement. They were simply there to meet Mia and find out how they could help.

Megan Markle has had a rescue beagle for several years, and once she held Mia, she said, “We’re adopting her.” She and Prince Harry did not want a puppy; instead, they wanted to help Mia, a mama dog who needed it most.

Mia is now living her best life with plenty of sprawling space to roam, play, explore in Montecito, and we’re pretty sure she has found lots of cozy spots on the sofa as well!

The Protection of Dogs and Cats from Unnecessary Testing Act

On September 26, 2022, California Governor Gavin Newsom approved the Protection of Dogs and Cats from Unnecessary Testing Act. Known as the PET (Prohibiting Extraneous Testing) Act, it is authored by Sen. Scott Wiener, D-San Francisco, and is the first of its kind in the nation. The bill was sponsored by the Humane Society of the United States, and animal welfare organizations, including San Diego Humane Society, urged support of this act.

The PET Act (SB 879) prohibits manufacturers and contract testing facilities from using traditional animal test methods within the state for which an appropriate alternative test method has been scientifically validated and recommended by the Interagency Coordinating Committee for the Validation of Alternative Methods and adopted, as specified.

Additionally, the bill would prohibit a contract testing facility from conducting a canine or feline toxicological experiment, defined as any test or study of any duration that seeks to determine the effect of the application or exposure of any amount of a chemical substance on a dog or cat, unless the experiment is conducted for specified purposes.

The bill would authorize the Attorney General, the district attorney of the county in which the violation is alleged to have occurred, or the city attorney in certain instances to bring a civil action for a violation of these provisions, punishable by a civil penalty not to exceed $5,000 for each day that each dog or cat is used in a canine or feline toxicological experiment.

You can read SB 879 in full at leginfo.legislature.ca.gov/faces/home (enter SB 879 into the search box).

“Dogs who undergo toxicity testing suffer terribly and are kept in steel cages, often alone. Advances in technology are offering alternative methods that are more affordable, more predictive, and clearly less harmful to animals. As more alternatives to animal testing are identified for all areas of research and we move closer to a time when no animals are used for toxicity testing, California can be a leader now by enacting SB 879.”

It may be difficult to understand how something like the Envigo Laboratories situation could occur, or why it is accepted that animals are treated cruelly in the name of science in the first place. The broad answer is a lack of state and federal standards and oversight and a lack of public awareness.

Steps you can take to educate yourself and make a difference in the lives of animals being used in this way include:

The Beagle Freedom Project has an app, The Cruelty Cutter, that will help you shop humanely and select products that are not tested on animals. Find the app here: bfp.org/cruelty-cutter/

Educate yourself on state and federal laws around animal testing.

Stay up to date on these issues and ask elected officials where they stand on the laws around animal testing and what actions they are taking on behalf of animal welfare.

While the Envigo Beagles that arrived in California have been adopted, it is crucial for shelters like SDHS and HWAC to always have space for incoming animals and have resources available to take on emergency rescue missions. By visiting your shelter, adopting, volunteering, or donating in some way, you can help bring awareness to other homeless animals who deserve a second chance and a loving family.

What is Animal Testing?

Animals are used to test the toxicity of a multitude of products, including cosmetics, household cleaners, and pharmaceuticals. The phrase “animal testing” refers to performing procedures on living animals. In other words, an animal test is a scientific experiment in which a live animal is forced to undergo testing that is likely to cause them pain, suffering, distress, and often lasting harm.1

Animals used as test subjects are typically bred specifically for this purpose and live their lives in small cages, with no enrichment, play, soft beds, toys, or human affection.

What Animals are Used for Animal Testing?

According to the HSUS, animals bred for research can include:2

Previous articleRescued Beagle Sloane Gets a Second Chance at Life
Next articleWhat is Collaborative Horsemanship? 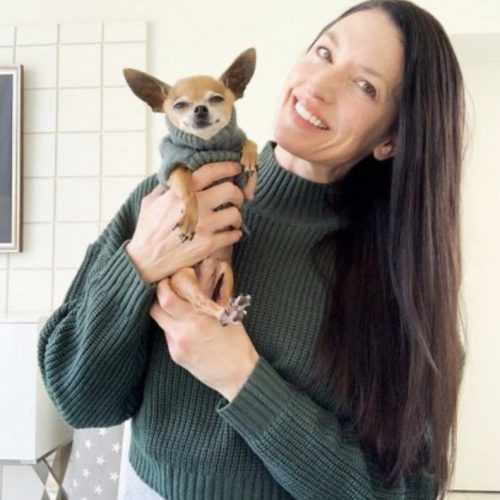 Top Home Trends For Pets And Their People