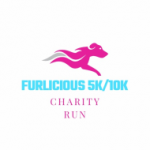 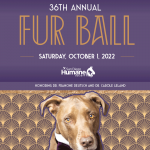 When I was adopted in 2015, I was welcomed home by three Chihuahua siblings.

An ancient old man who is “the reason for the season,” as my parents say. Because he was the first Chihuahua they adopted, he set the tone of Chihuahuas or Bust at our house.

A fluffy and playful Chihuahua who won my mom’s heart by simply looking her in the eye when she saw him at the shelter. He is the most “dog” out of all of us, as he loves to play fetch, go for long walks, and chase birds. He also likes to play with me, and I consider him my best friend.

She was a dainty little lady who weighed just 5 pounds, loved to run in the grass, eat worms, and dig holes. My parents adopted her in 2010, when she was 1 year old. She was diagnosed with a heart murmur at her first vet appointment, she took medication and had regular testing, but after 12 years, her heart and her little body gave out. Sadly, in February of this year, we had to say goodbye to Miss Piña and allow her body to leave the earth.

Miss Piña was the great equalizer among our pack of five. She was simultaneously the leader, the snuggler, the boss, and the treat burglar. She had a very special relationship with our dad, was a great travel dog, always got 5 stars for behavior at the vet, and was the first dog to welcome me when I joined the family.

Even though we were somewhat prepared for her transition, our hearts were broken the day we had to say goodbye. The Mom and Dad cried a lot, and we dogs were impacted, too. Sesame—her #1 playmate—was especially lethargic and seemed depressed. He kept looking for her and became very clingy with our mom.

To bring us back to center, we started doing a lot of new things as a pack of four. We went on more walks. Explored new places. Visited the park. Went on errands with our parents. Got extra treats. All of this was great, but it was clear that losing Piña left a terribly big hole in our family.

The grief lingered like a rain cloud and the energy of our home felt off balance, but the Mom insisted that no one could replace Miss Piña. She was adamant about not adopting another dog. But over the next weeks, it became clear that we all missed the “little lady” energy that Miss Piña brought to our lives—we started looking at adoptable dogs online.

Weeks later, Mom and Dad applied to adopt a little blonde Chihuahua they spotted online at Wags & Walks. Turns out, the dog had just gone into a foster-to-adopt situation, so the folks at Wags & Walks wanted us to meet another dainty lady who had just arrived at the adoption center. Her name was Apple, and she had just been rescued from Mexico. A few days later, Mom and Sesame drove to Los Angeles for an official meet and greet.

When Mom and Sesame met Apple, she was timid and shy and kept her distance. But her sweetness shined through. Sesame liked her, and Mama fell in love with her right away and knew she would be a great fit with the rest of us, so she finalized the adoption that day.

When Apple arrived at our house, we were all eager to get to know her. After a few days, she started to feel safe, and then we began to see her real personality. We soon learned that she loves to play, do zoomies around the house, and destroy toys. She’s a voracious eater and would eat all day if we let her. She’s learned how to “sit,” speeds through all her food puzzles, and loves going on walks.

She has a very loud bark, and she lets it rip when anything startles her or if she’s unsure about something or someone. One of the most endearing things she does is lick all our faces when we wake up in the morning. Both dogs and humans!

Once Apple joined our family, we felt like we were back in balance as a pack and a family. While Apple brings a much different energy to our home than Miss Piña did, she jumped into the role of “little lady” like a pro and is all the things Miss Piña was and more.

Adopting Apple has brought so much joy back into our hearts, balanced our home, and helped us move forward. We knew adopting after Piña’s passing was the right thing to do, not only to heal our home and hearts, but also because we know that adopting a pet opens space for shelters to save another pet in need.

We have one more pack member who is very special—his name is Bust A. Moves. He is the one who made me a big brother and gave me plenty of practice at big brother duties before Apple joined our family.

Bust A. Moves (Buster) has cerebellar hypoplasia (like me) and hydrocephalus, both neurological disorders. These two disorders combined severely limit Buster’s mobility, making it impossible for him to walk or stand on his own. He has a wheelchair that he uses to stand upright when he eats and exercises. He depends on our mom and dad to help him potty, drink water, play, and do all the things dogs like to do. Some of his favorite things to do include being held by our mom and ride in his special carrier, get treats, lounge outside on our blanket for playtime, playing with his toys (and including all of us dogs), and take naps.

Wags & Walks is a 501(c)3 non-profit animal rescue organization located in Los Angeles. The organization was founded in 2011 by Lesly Berg, who was devastated by the number of innocent dogs being euthanized in LA shelters. Wags & Walks opened their first adoption center to rescue dogs in need and create a friendly, accessible space for those looking to adopt.

In fall 2022, Wags & Walks expanded their life-saving efforts to Nashville, Tennessee, where a second adoption center is planned. 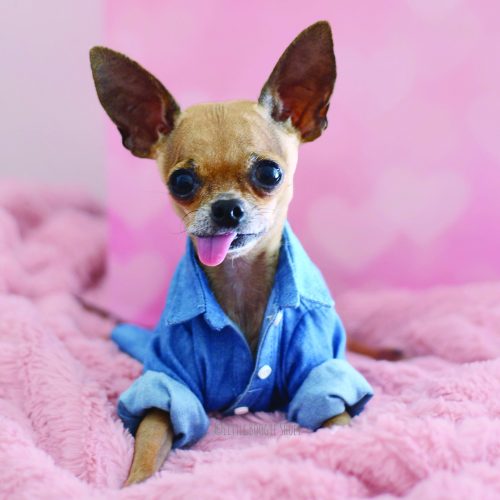 San Diego Humane Society is the Animal Services Provider for 14 Cities in San Diego County You find a...
Blog

I didn’t know most of my Fullerton neighbors— beyond salutations—until Bow entered my life. Once my labradoodle was medically...
Articles

Get Your Cat Cuddles and Coffee at the Craft Cat Café Everyone has seen those movie moments where someone...

I didn’t know most of my Fullerton neighbors— beyond...